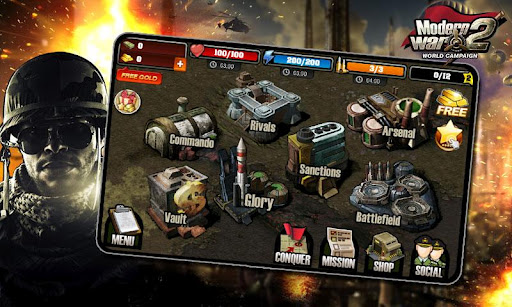 - Massively Multiplayer Online War Game!
- BATTLE other players LIVE!
- FREE updates with new missions, units, buildings, and more!
-WORLD CONQUER ，Every corner of the world campaign
-Become to the world God of War is your GLORY.
- Cutting-edge visual effects and animations
- Choose to fight for one of six countries: US, Russia, UK, Germany, China, and Japan
- 100+ POWERFUL air, sea, and ground units
- Show off your army with the best ground, water, and air units
- Support your expanding army by building up your military base
- Ally with other players to make you stronger
- Enjoy gorgeous graphics
- Perform numerous dangerous missions
- Get real time updates
- Comment on other players
- Broadcast messages to your alliance
- Build a colossal military!
- Enjoy a rich story
- ...and much, much more!
PLEASE NOTE:
- This is an online game only. 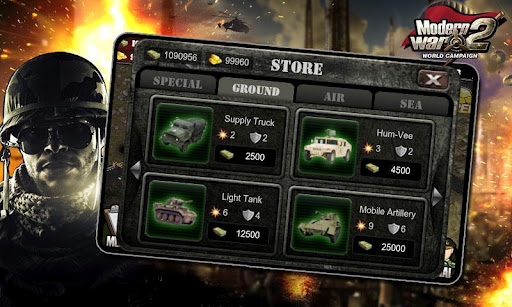