Command your forces to victory in this epic war strategy game! Deploy powerful towers, create an advanced military force, and conquer your enemies as you clash in battle against thousands of players!
War Inc. is a modern military strategy game with a stunningly detailed combat system, immersive battle gameplay, intelligent army units, and in-depth strategy that will keep you planning, playing, and outwitting your opponents at every turn. Build an army of fast-paced modern Marines and Snipers, or command heavy Mechs, Scorpion Tanks, and Walkers to reduce your enemy's base to rubble! Do you have what it takes to conquer the War Corp ranks and rise to glory as you clash against your foes? Form army alliances, capture enemy bases, command your troops, and build powerful weapons on you way to global domination!
***FEATURES***
-AMAZING GAMEPLAY-
The most comprehensive military battle strategy game on the mobile! Deploy nuclear missiles to annihilate the enemy, send in drone strikes to carpet bomb the base, use modern precision demolition bots to break defenses, and send in heavy artillery for your ultimate ground assault and conquer your foes in an epic clash!
-DEEP UPGRADE SYSTEM-
Enhance your base regularly through detailed upgrades across all levels! Turn your Command Center into an unbreakable fortress, level up your Chain Gun into a deadly machine, unlock powerful Researches and modern Upgrades to your army, and enhance your walls to make your base impregnable!
-MASSIVELY MULTIPLAYER-
Battle against foes from all over the world! Join millions of players as you clash online in combat to claim your stake in the War Corporation Rankings, pile up resources from enemy commanders, form friendly alliances, and band together in your quest for modern world domination!
-GRIPPING SINGLE-PLAYER CAMPAIGN-
Battle through hundreds of missions given to you by the War Corporation as you clash against the Rebellion and complete contracts. Bring the rebel army to justice and conquer their bases with your strategy, and uncover the dark truth behind the War Corp as the campaign unfolds!
__________________________________
-THE WAR CORP STORY-
The year is 2085. In the wake of World War 3, leading governments have crumbled in the face of annihilation and a new power has emerged known only as the War Corp. To expand its power, conquer territory, and maintain order, the Corp inducts and trains the world's most skilled and powerful commanders, giving them command of its outposts.
Global currency has now been replaced by Saphrite, a rare mineral, and oil has become an impacted resource with major battles being fought over control of the world's depleted reserves. As an Independent Military Contractor, you have just been recruited by the Corp... 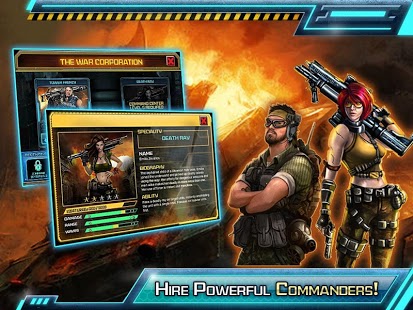 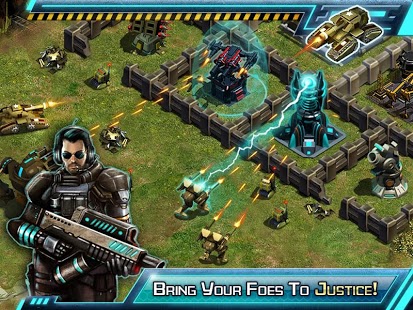 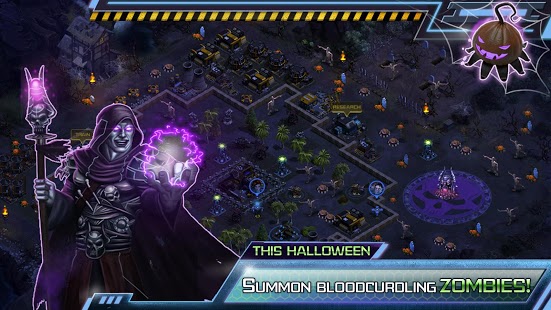