Save your Nation from Devastating War
World War has broken out between Nations. Many Countries have emerged as the major superpowers in the devastating war. Command your allied forces to victory by completing numerous dangerous missions and by expanding your army by building up your military base.
** Use Market To recruit soldiers from your country **
FEATURES:
Select from 4 different countries :USA, UK , China, Russia
New missions, arsenal items, Buildings, and more!
Battle other players LIVE from Combat.
Strengthen yourself with the best items in arsenal.
Collaborate with other players to make yourself stronger
Meet Chief for more help.
Visit Combat to set up a Fight against your enemy.
LIVE Country Leaderboard.
Come on over and be a part of this War to Save your Nation.

Game Tutorials:-
1. War Stats are displayed each country. Displaying which country has captured which country.
2. Perform Missions to earn cash
3. Purchase properties to earn more cash
4. Use cash to purchase weapons to help you in winning combat
5. Recruit more and more soldiers from your country to best utilize the purchased weapons
6. Combat with other nations to defend your nation or conquer other nation
Tips:-
Recruit more and more people from your country to
strengthen yourself 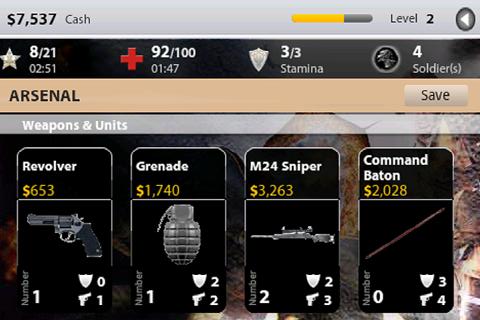 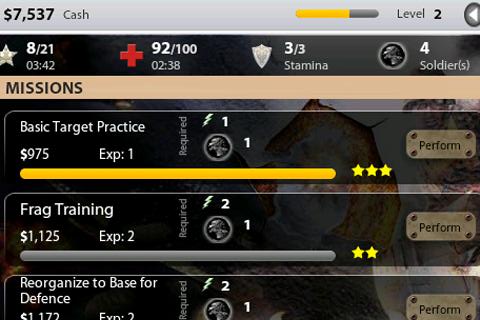 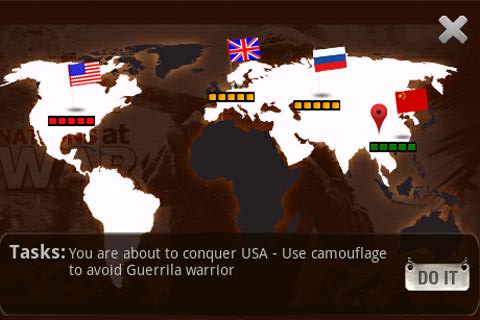 Tags for this game: Nations, War, The Game Boss