The newest game about clash of clans hits Google Play now!
Your tribe has been rising after a long-lasting battle. And it's high time to set up villages, cultivate heroes and train troops, let's go conquer other tribes and defeat dark powers.
With a simple and fast-paced gameplay, you can even start it immediately without any guidance to raise your unique hero and let him lead the army to tread down the domain of enemies.
Build up your own clan, protect those weak players and lead them to contend against your opponents all around the world.
Yes, right, we have got a very clear goal, that is to destroy enemies and loot their treasure.
Features:
-Free game, you can even dominant a clan without spending a buck.
-Fend against other players as well as devils, and smash their clans.
-Unique hero system to let you win the game easily.
-Global clan system makes you lead other players confront the enemy as long as you are strong enough.
-9 arms and 11 defensive weapons.
-Defeat the common enemy of human beings--Arthas Menethil, to let your hero be eternal glory! 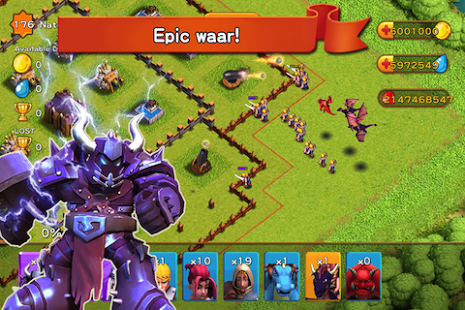 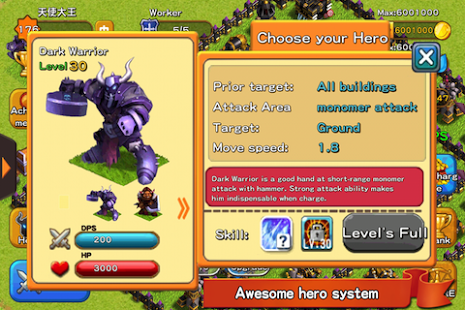 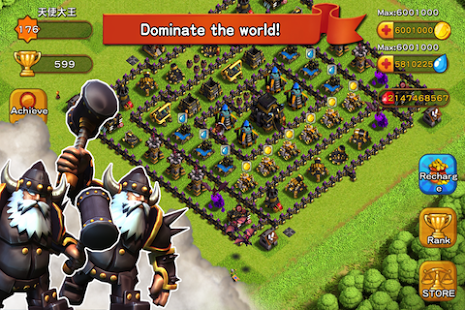