Off The Leash l Version: 1.0.1 | Size: 18.77MB
Developers: Miniclip.com | Language:English
There’s a new Chief of Police in town,and he’s put a ban on dogs!Can you escape?
PRESS REVIEWS
• TouchArcade [4.5/5]
• App-Score [9/10]
There’s a new Chief of Police in town, and he’s put a ban on dogs, ordering them all to be captured! It’s your task to outrun those pesky cops and evade capture, whilst trying to rescue as many of your doggy pals as you can. Along the way you’ll need to eat food, collect coins, complete missions, and do all you can to avoid capture!
You’ll begin playing as a Golden Retriever, collecting coins as you go which can later be spent on various items in the store. Unlock new dogs, collect custom clothing, unleash super power-ups, and call on the mysterious Big Dog for help!
KEY FEATURES
• Simple one-handed tilt-based controls
• 9 different dogs to unlock and customise
• Unlock additional bonus levels, power-ups, and Big Dog attacks by completing missions
• 99 unique missions
• Stunning HD graphics
• Leaderboards and achievements to compete with your friends
• Easy to learn but difficult to master, you’ll be coming back again and again! 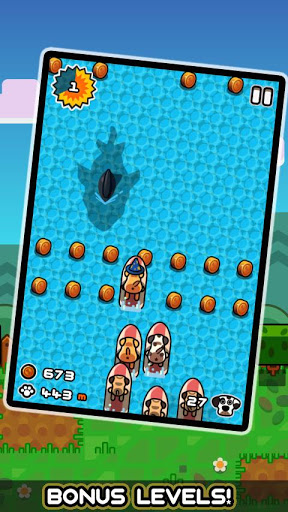 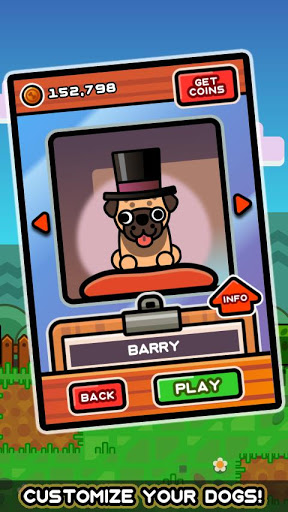 Tags for this game: Leash