Save The Earth - Alien Shooter

☆ Destroy thousands of zombie alien monsters and defend the earth from a galaxy invasion with our cute and adorable super hero.
☆ Use the super special weapons and superpowers to fight and combat the demons from outer space. Hours of fun and action shooting in this non-stop side-scrolling defense game.
☆ For the ones who love retro 2d arcade games with innovative weapons systems, 'Save The Earth' combines strategy and physics into a mayhem scrolling game.
☆ Combat the bosses like your favorite superhero would, with cool and fun science fiction weapons such as super beams, lightning bolts, and worm holes or defeat the foe with real weapons such as homing missiles, rockets, fire and much more!
☆ From the creators of ☢Kill The Zombies☢ castle/tower defense game, with more than 450.000 downloads around!
The alien zombies have devoured their last planet and they're searching for new ones to destroy.
Luckily, our super hero is here to defend our precious Earth against them.
A retro 2D sci-fi shooter with more than 30 incredible and funny weapons and utilities, like teleportation utilities, lighting bolts, super beams, missiles and more!
Endless Armageddon that will take you through 4 different parts of the world where you will be forced to combat monsters in an excitedly terrifying battle for life and death on Earth!
- Destroy thousands of life-leeching aliens and defend the earth from a galaxy invasion with our super awesome super hero!
- Choose from over 30 items and combine up to 5 of your favorite items, weapons, or super powers to defeat the alien scum with awesome weapon combos!
- Hours of fun and action-packed replay value in this non-stop world defense game. To top it off, challenge your friends and other players from around the world with Swarm leaderboards!
- For the ones who love retro 2d arcade games with the innovative weapons system, Save The Earth combines strategy, physics, and an awesome theme into a thrilling side-scrolling shooter.
- Combat alien bosses like your favorite super hero would, with cool and fun science-fiction and real-fiction weapons such as fireballs, homing missiles, storm lighting, rockets, worm holes, teleportation, and much more!
- Fight your way through four different locations on Earth, including the city, the desert, the glaciers, and eventually work your way through the atmosphere and take the fight to space!
Save The Earth is a side-scrolling arcade shooter which will put you in control of a young, but very courageous and powerful super hero! The objective; defend the Earth from a race of blood-thirsty aliens whom have been traveling from planet to planet, sucking the life out of everything living. In this action-packed, super-adventure, it's your mission to save the Earth and ultimately destroy the destructive alien creeps with an arsenal of weapons and super powers. Prepare yourself, as these monsters call nowhere home. Their population is vast and it's headed right for Earth! Everyone you've ever known is now relying on you to fend off a devastating attack from space. Will you accept the mission? 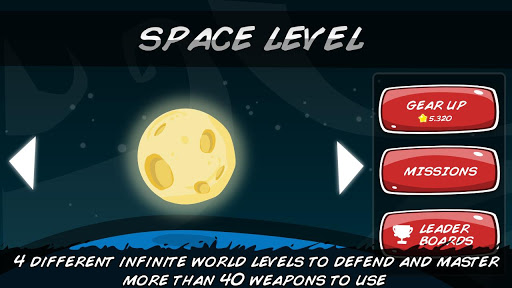 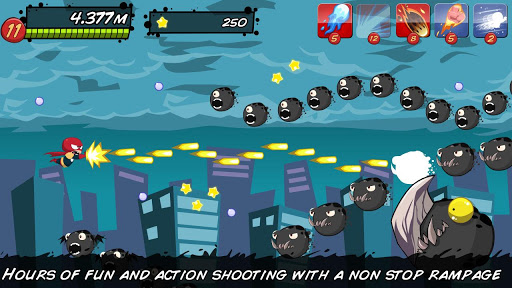 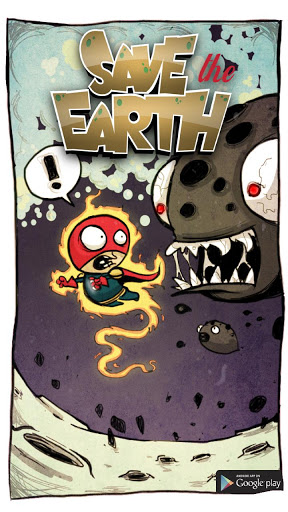 Tags for this game: Save The Earth, Alien Shooter, GloobusStudio